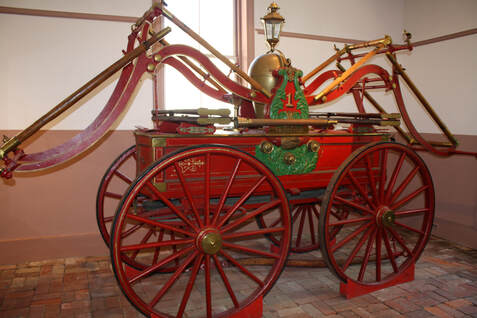 The vehicles and exhibits at Friendship Firehouse Museum help the staff to share...and the public to enjoy and appreciate...the history of the fire service in Alexandria. Two of these vehicles are in need of extensive restoration to bring them back to their original appearance. Years of hard use took their toll; on one of the vehicles, frequent re-painting now masks the original colors and gilding, while the original paint has almost flaked away on the other. When fully restored, the vehicles will appear as they did when the members of Friendship proudly added them to their firehouse, and began using them to save lives and property all around the city. Your support of this project helps to preserve and share this history for generations to come.

The earliest fire engines were basically pumps on wheels, enabling firefighters to spray water a further distance onto the blaze. “Bucket brigades” would form as two lines of people passed filled buckets from a source of water (river, creek, pond or well) to a fire engine, and then passed the empty ones from the engine back to the water source. Suction engines, invented in the early 19th century, drew their own water through a hose, and provided a more powerful and constant stream. Without the need for a bucket brigade, fewer men could fight a fire with this type of engine. Suction engines could also be hooked up to one another, pumping water from a distance.

By 1850, few fire engine makers could match the skill and reputation of John Rodgers in Baltimore, so it was natural that Friendship’s members went to him for their new fire apparatus in 1851. The new Rodgers suction engine threw water 155 feet when it was first tested in November, with over a dozen men working the “brakes,” the curved iron arms that powered the internal pump. Hard use for the next thirty years meant that the engine was repainted and repaired many times, until it was finally retired from active service in the late 19th century.

Today, the Rodgers Suction Engine remains the “flagship” of the Friendship Firehouse Museum’s vehicle collection. From a distance, it looks pretty sound, but closer inspection reveals a different story. Cracked and peeling paint, split wood, minor damage and bad repairs, and many layers of a variety of colors all hide the original craftsmanship and beauty of this vehicle. A full restoration, including a careful and thorough documentation of ALL paint and other finish surfaces, will return the engine to its original 1851 appearance. Visitors will be able to appreciate the workmanship of John Rodgers, and will feel the pride that Friendship members felt as they served the community with this equipment for many years. 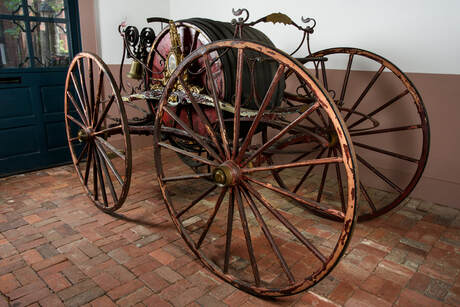 Getting a fire engine to a fire was one thing... ensuring that it had a steady water supply was something else. In Alexandria, fires along the waterfront could be controlled with water drawn straight from the Potomac River, but fires further into town needed water from wells or cisterns. After 1810, public wells began to appear on street corners in Alexandria, and the Alexandria Water Company piped water from Shuter’s Hill beginning in 1852. Connecting “suction” fire engines (which drew water as they sprayed it) to this steady source required hoses, which gradually replaced bucket brigades during the early 19th century. The first hoses were typically made in 50-foot lengths, and only a few pieces could be carried on the fire engine itself, so additional vehicles were created specifically to carry extra lengths of hose.

Friendship members began discussing construction of a new “Hose Carriage” in 1857. This new one was made on North Pitt Street in the shop of coach maker and Friendship member Robert F. Prettyman. It was fitted with two large bells to sound the alarm as the vehicle bounced through Alexandria’s streets, as well as “a large lamp of stained glass with the date of the organization 1774 cut in the glass, over which stands a miniature fireman in full dress.” The total cost of the vehicle was $550.

The Prettyman hose carriage was repainted many times over the years, but that  finish has been failing for decades now. While the wood and iron components are sound and dry, much of the paint has fallen off as it cracked and peeled. The restoration plan calls for complete documentation of all paint layers on each component before the vehicle is fully restored in its original colors. With your help, future generations will view the hose carriage the way that Friendship’s members did in 1858, when it arrived from Mr. Prettyman’s shop... brightly colored, brass gleaming, and ready for service. 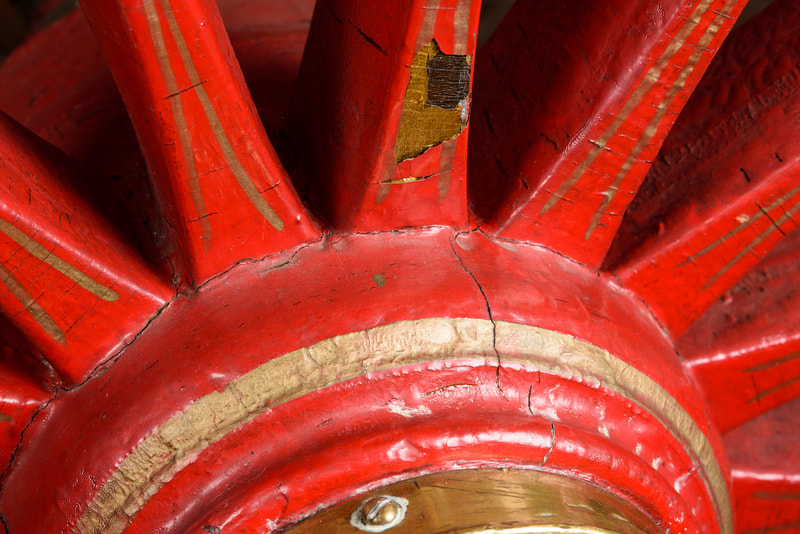 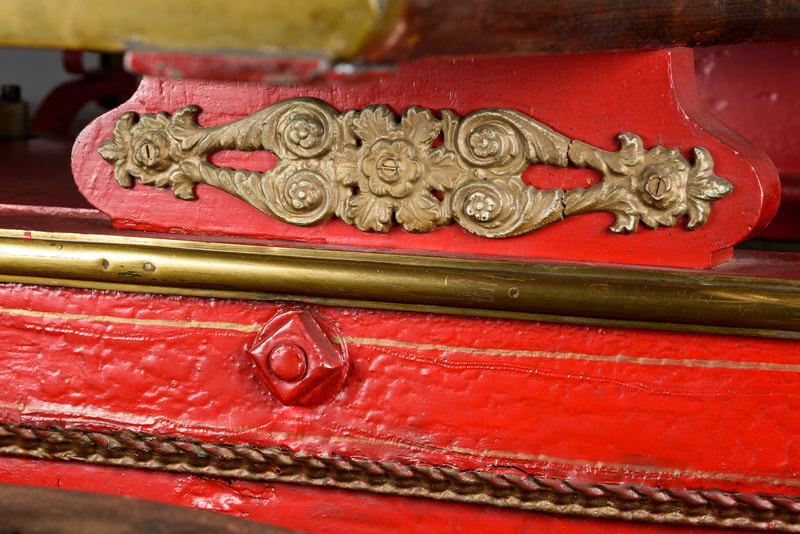 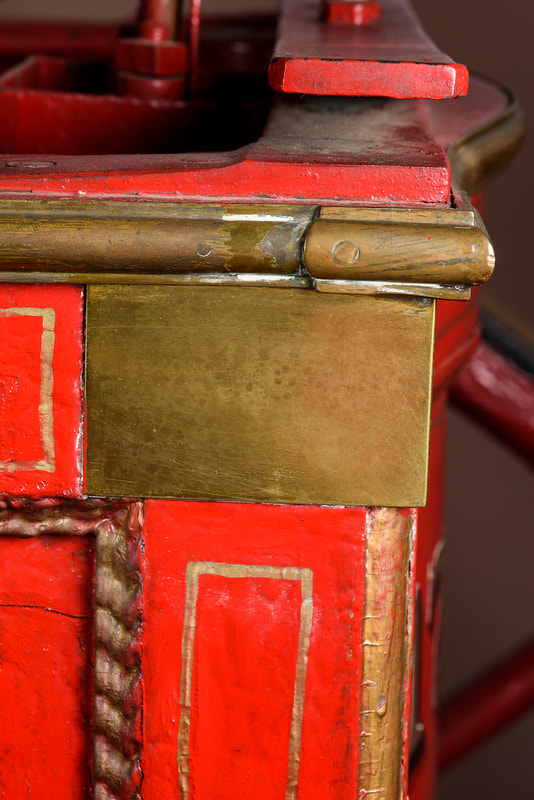 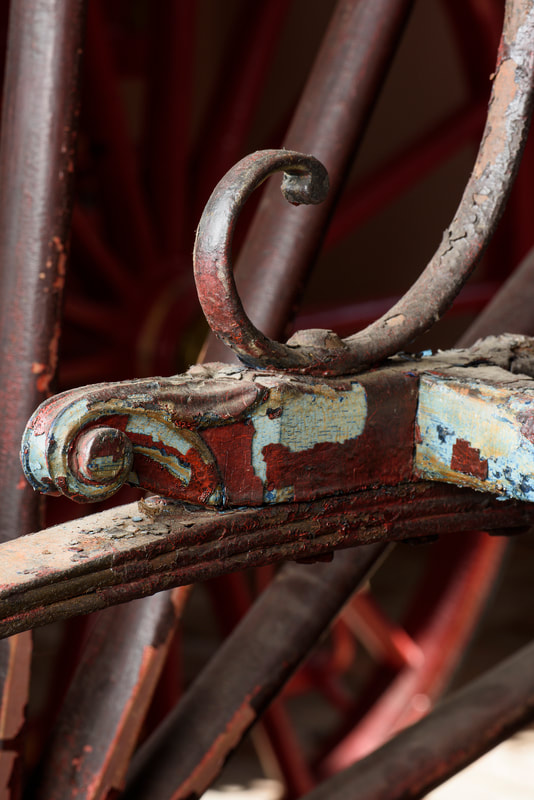 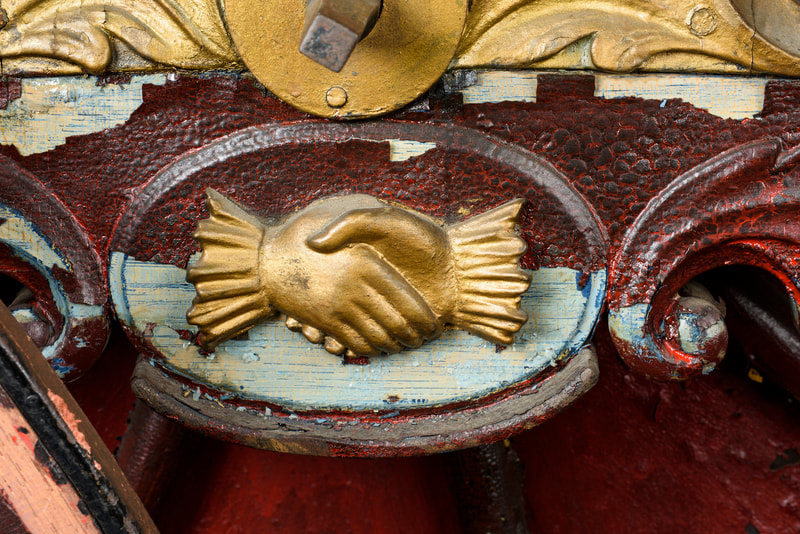 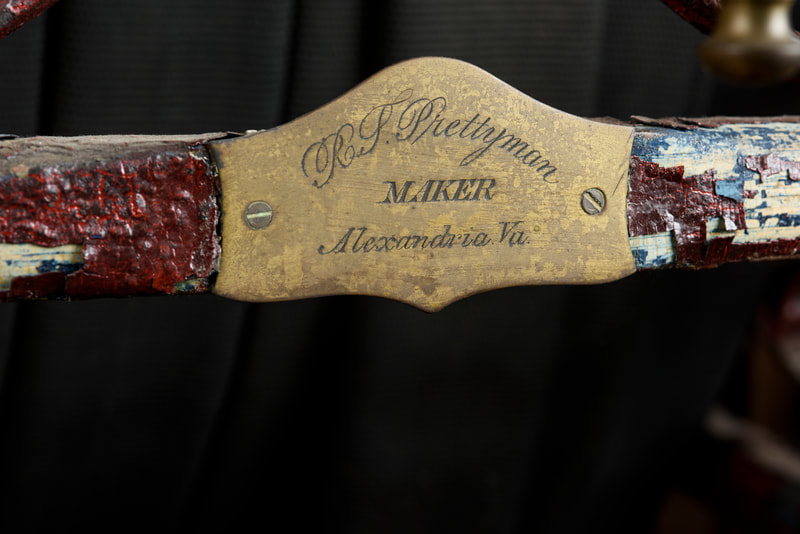